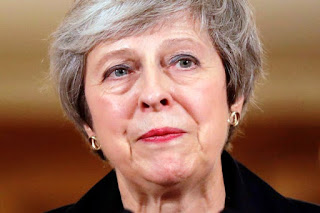 This week, Theresa May’s government teetered on the point of collapse over her proposed Brexit deal. The withdrawal agreement between the UK and Brussels led to Dominic Raab and Esther McVey resigning in protest. However, May’s remaining ministers have since attempted to rally around her at least in the short term. Speaking on Friday, Liam Fox – the International Trade Secretary – gave a speech in which he declared ‘a deal is better than no deal’. This is rather different to May’s old claim that ‘no deal is better than a bad deal’.

So, is Fox right? Mr S thought it best to let readers decide for themselves. In theory, Britain is leaving the EU on 29 March 2019. But the legal small print, published by Brussels, shows what this means. Parliament will be asked to ratify a deal which clearly admits that ‘all references to ‘Member States’ and competent authorities of Member States…shall be read as including the United Kingdom.’ (Article 7). So the UK will be bound by EU laws, at least during a transition period. But this ‘transition period’ can be be made to last forever (Article 132). And even if a successor deal is agreed, the UK will have signed away other rights for years to come.

Just in case readers don’t have the time to go through the lengthy document themselves, Steerpike has compiled a list of the top 40 horrors lurking in the small print of Theresa May’s Brexit deal.

Once you’ve finished reading this – why not try 10 Downing Street’s 40 rebuttals here.

In summary: The supposed ‘transition period’ could last indefinitely or, more specifically, to an undefined date sometime this century (“up to 31 December 20XX”, Art. 132). So while this Agreement covers what the government is calling Brexit, what we in fact get is: ‘transition’ + extension indefinitely (by however many years we are willing to pay for) + all of those extra years from the ‘plus 8 years’ articles.

Should it end within two years, as May hopes, the UK will still be signed up to clauses keeping us under certain rules (like VAT and ECJ supervision) for a further eight years. Some clauses have, quite literally, a “lifetime” duration (Art.39). If the UK defaults on transition, we go in to the backstop with the Customs Union and, realistically, the single market. We can only leave the transition positively with a deal. But we sign away the money. So the EU has no need to give us a deal, and certainly no incentive to make the one they offered ‘better’ than the backstop. The European Court of Justice remains sovereign, as repeatedly stipulated. Perhaps most damagingly of all, we agree to sign away the rights we would have, under international law, to unilaterally walk away. Again, what follows relates (in most part) for the “transition” period. But the language is consistent with the E.U. imagining that this will be the final deal.