BEIRUT: U.S. Senator Ted Cruz was booed offstage during a dinner for the Middle East's Christian conference in Washington D.C., with his pro-Zionists comments causing many Lebanese figures to withdraw in anger, including the Lebanese ambassador to the U.S. 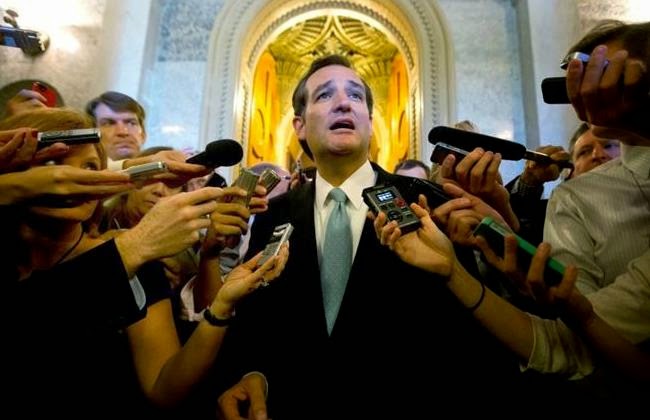 “Christians have no greater ally than Israel,” Sen. Ted Cruz said, addressing a crowd of Arab Christian figures at a fundraising dinner for the non-profit organization ‘In Defense of Christians’ in Washington D.C.

Billed as a keynote speaker at the event, Cruz switched the topic from defending Christians in the Middle East against terrorism, to the need to form an alliance between Christians and Jews, which he identified as “people of good faith”.

As part of the controversial speech that led to the withdrawal of Ambassador Antoine Chedid, Cruz evoked the old argument that whoever disliked the state of Israel was anti-Semitic and did not follow the teachings of Jesus Christ.

“Those who hate Israel hate America,” he said, while crowd began to turn against him. “Those who hate Jews hate Christians. If those in this room will not recognize that, then my heart weeps.

“If you hate the Jewish people you are not reflecting the teachings of Christ,” he added, addressing an audience representing the Christian churches of the Middle East, including Maronite Patriarch Beshara Rai.

The republican senator from Texas, who was a member of George W. Bush’s electoral campaign in 1999, also used the podium to equate fundamentalist groups massacring Christians in Iraq and Syria, to Palestinian and Lebanese groups fighting Israel.

“Religious bigotry is a cancer with many manifestations,” he said. “ISIS, Al-Qaeda, Hezbollah, Hamas, state sponsors like Syria and Iran, are all engaged in a vicious genocidal campaign to destroy religious minorities in the Middle East.”

Criticizing those who he said “try to parse different manifestations of [one] evil,” Cruz argued about the similarities of the mentioned groups, seemingly ignoring the varied battlefields, history, context and at times aggressive enmity between many of them.

“Sometimes we are told not to loop these groups together,” he added, “...that we have to understand their so called nuances and differences.”

“But hate is hate, and murder is murder,” he said. “Our purpose here tonight is to highlight a terrible injustice, a humanitarian crisis.”

Cruz’s comments on the region were too extreme for the audience, and provoked a round of cries that firmly asked him to leave.

“Stop it, stop it, enough,” and “Out, out, leave the stage!” were some of the shouts aimed at the senator, which prompted IDC’s president, Toufic Baaklini, to join Cruz on stage and ask the crowd to listen.

After failing in attempts to be heard, the senator announced “if you will not stand with Israel and the Jews, then I will not stand with you. Good night and God bless,” before walking off the stage, with some carrying on the shouts and others applauding his departure.

The reports said that while Patriarch Gregory III Laham had also intended to withdraw, Patriarch Rai called on the participants to avoid the tension and prioritize the conference’s success over some individual statements.

http://www.dailystar.com.lb/News/Lebanon-News/2014/Sep-11/270331-us-senator-booed-offstage-at-the-me-christian-conference.ashx#axzz3D5pnPc9z
Posted by HRP at 16:37 No comments: