With Autonomy, H-P Bought An Old-Fashioned Accounting Scandal. Here's How It Worked.

Whitman: $8.8 billion worth of vaporware:- 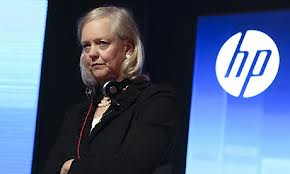 The story was first told to me late last year, and like a lot of stories of financial impropriety inside a huge company, it was almost impossible to nail down. Hewlett-Packard‘s Autonomy division, my source told me, was vaporware writ large: A $10 billion software company with an overhyped flagship product that was literally being given away because customers didn’t have a use for it.

Today, Meg Whitman admitted as much. H-P announced it was writing off 88% of the purchase price for Autonomy and accused “some former members of Autonomy’s management team” of using “accounting improprieties, misrepresentations and disclosure failures” to hide the software company’s true performance and value.

In the release, H-P identified one of the oldest accounting tricks in the book, a variation on the one “Chainsaw Al” Dunlap used to accelerate revenue at Sunbeam — by getting customers to “buy” products now, under terms that really just borrowed from the future.

I spoke to my source again this morning and he detailed what he saw at H-P, from his position deep within the 300,000-employee company.

“What I saw was exactly what Meg Whitman wrote in her internal memo to employees,” my source said. “There was really sketchy accounting going on.”

Autonomy was founded as Cambridge Neurodynamics in 1991 by Michael Lynch, a Cambridge-educated computer scientist, according to this flattering profile by the Guardian after he left H-P in May. The company was based on the then-hot concept of Bayesian search, named after 18th-century mathematician Thomas Bayes, and ultimately developed an all-encompassing software package it called IDOL — Intelligent Data Operating Layer.

H-P today said it stands behind IDOL and well it should. Otherwise it would have to write off the entire $10 billion it paid for Autonomy. But my source doesn’t think much of the product, which is supposed to find all of a company’s data, wherever it resides, and whether or not it can be identified by specific words. (Typical example: Finding documents that contain the phrase “flightless bird” when you’re looking for “penguin.”)

“It’s the primary smoke and mirrors that Autonomy has used to make people think they’ve got something very impressive,” he told me. “It’s a fancy search engine.”
I attempted to reach Lynch this morning, unsuccessfully. His spokeswoman told Reuters he is still  reviewing H-P’s allegations. H-P said it has referred the information it uncovered in a forensic accounting to fraud officials in the U.S. and the U.K.

Here’s what my source observed personally. Autonomy grew through acquisitions, buying everything from storage companies like Iron Mountain to enterprise software firms like Interwoven. They’d then go to customers and offer them a deal they couldn’t refuse. Say a customer had $5 million and four years left on a data-storage contract, or “disk,” in the trade. Autonomy would offer them, say, the same amount of storage for $4 million but structure it as a $3 million purchase of IDOL software, paid for up front, and $1 million worth of disk. The software sales dropped to the bottom line and burnished Autonomy’s reputation for being a fast-growing, cutting-edge software company a la Oracle, while the revenue actually came from the low-margin, commodity storage business.

“They would basically give them software for free but shift the costs around to make it look like they got $3 million in software sales,” said my source, who directly observed such deals.

Lynch’s management team also was practiced at the art of wringing attractive-looking growth out of a string of ho-hum acquisitions. The typical strategy was to bolt IDOL and other software onto a company’s existing products and try and convince customers to pay more for the “new” products. If that failed, they’d milk the existing customer base by halting development and outsourcing support, my source says, using the cash from the runoff business to fund more acquisitions.

“Mike Lynch was famous for saying Autonomy never put an end of life on any product,” said my source. “But the customers were screaming.”

Now, my source has never been a Mike Lynch fan. In sales meetings, he says, Lynch “loved to do vague and theoretical academic-type presentations to show what a visionary he was.”

And Autonomy may have some powerful features my source didn’t appreciate. The Defense Department reportedly is a customer. But from his perch within the company, it looked like a lot of vaporware wrapped up in fancy Cambridge talk and the kind of accounting tricks managers have engaged in since the dawn of publicly traded stock.

With its announcement today, H-P seems to agree. The company accused former managers of “a willful effort” “to inflate the underlying financial metrics of the company in order to mislead investors and potential buyers. These misrepresentations and lack of disclosure severely impacted HP management’s ability to fairly value Autonomy at the time of the deal.”

“I think these companies are embarrassed to admit they spent $10 million on software that doesn’t actually work,” he said.

Ford under fire over grants payment


Car giant Ford has been criticised for accepting millions of pounds from UK taxpayers in the run-up to announcing the closure of its last British assembly plant, with the loss of 1,400 jobs.


The vehicle manufacturer received cash from the regional growth fund (RGF) to help develop its Dagenham base, and was given an £80 million loan from the European Investment Bank (EIB) for its factory in Turkey, before revealing it would shut its plant at Swaythling in Southampton.


Production of Ford's Transit van will switch from Swaythling to Turkey, having been based in Southampton - the company's last UK vehicle assembly plant - for 40 years. 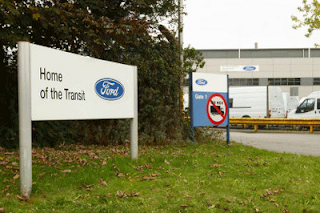 The Government said the regional growth fund cash helped protect jobs - and argued the money could still have been granted even if ministers knew about the plan to shut Swaythling next July. But Labour's former innovation and skills secretary John Denham, MP for Southampton Itchen, said: "It is extraordinary that a regional growth fund grant was made to Ford without the Government being aware of the wider Ford strategy.


Shadow business minister Iain Wright claimed it was a "huge failing of the RGF" that the money was approved without the Government knowing of the company's plans to shut Swaythling.


But Business Minister Michael Fallon claimed the RGF cash would protect hundreds of jobs: "We announced on October 19 our conditional offer of £9.3 million to support Ford's investment of £156 million into Dagenham to build an all-new engine series at the plant. That investment - and it may be of no comfort to those in the Southampton area - will safeguard some 450 jobs and create 50 new jobs while supporting many more in the supply chain and wider economy."


It emerged at the weekend that the EIB loaned Ford £80 million to invest in Turkey as part of its moves to prepare the country's economy for possible European Union membership. The money, part of which came from British taxpayers, was signed off by the EIB, whose governors include Chancellor George Osborne.


Mr Fallon backed the EIB cash, saying the loan was "not based on the cessation of production at Southampton". He added: "It is incorrect to imply the EIB loan is responsible itself for exporting jobs from the UK."


Conservative MP Caroline Nokes (Romsey and Southampton North), who led today's Westminster Hall debate, said the revelation Turkey would benefit from Swaythling's demise sparked concern and anger. She believed the firm had "a moral duty to declare its hand" before applying for cash.