Germany has threatened severe penalties for companies that fail to crack down on hate speech, illegal content and fake news. 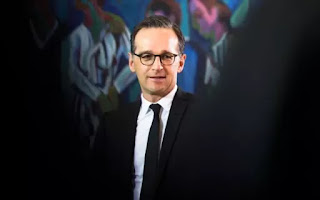 In a crack down on social media companies such as Facebook and Twitter, Germany has proposed levying fines of up to €50 million (£44m) for the failure to remove such posts.

As part of the measures, sites will have to delete offending material within a week and run 24-hour helplines for concerned users. Illegal material, such as racist language, will have have to be removed within 24 hours.

The proposals from Heiko Maas, German justice minister, are significantly greater than previous suggestions to impose €500,000 fines on the companies. They will be part of a bill that will be put to the German Parliament in an effort to combat malicious activity and disinformation campaigns online.

"It is now clear that we must further increase the pressure on social networks," said Maas. "We need legal regulations to make companies even more obligated to eradicate criminal offences."

The severe measures come amid fears that online hoaxes could influence the German federal elections later this year.

Facebook has already introduced a tool in Germany that lets users flag suspicious content in response to claims that "fake news" on the network influenced the outcome of the US presidential election. It has also said it plans to employ 700 people in Berlin to monitor flagged material by the end of the year.

If the measures pass into law it will require social media companies to employ staff that monitor content around the clock. Individual members of staff responsible for handling complaints could also be fined up to €5 million for failing to comply with the regulations.

Bitkom, the German digital trade association, told the Financial Times the proposals would be "utterly impossible to implement in operational terms".

[Ed: Zionists attempt to deliver the coup de grâce - they know all about fake news as they are the original and Chief Offenders]