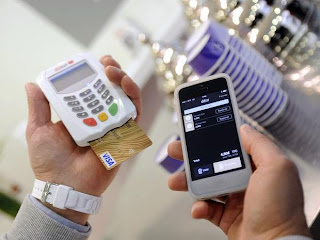 Denmark has moved one step closer to becoming the world's first cashless society, as the government proposes scrapping the obligation for retailers to accept cash as payment.

The Danish government has said that as of next year, business such as clothing retailers, restaurants and petrol stations should no longer be legally bound to accept cash payments.

The proposal is part of a package of economic growth measures, which are being released ahead of this year's Danish election. It aims to reduce costs and increase productivity for Danish businesses.

Finansrådet, a Danish finance industry lobbying group, says the change would free retailers from the cost of security, and the burden of managing change and notes.
Although it seems like a drastic step, the Danes are already moving away from paper and metal money.

Almost a third of the population uses an official Danske Bank app called MobilePay - it links your mobile to other users' phones or to a sensor at the till, allowing you to confirm payments with a simple swipe on your smartphone's screen.

Similar technologies like Paym are available in the UK, which allows users to transfer money to others by entering their mobile number. Google Wallet turns your phone into a contactless card, allowing you to tap your device against readers to transfer money - however, it is currently only available in the USA.
But both of these technologies are still yet to see the level of adoption that MobilePay has in Denmark.

There are fears that moving to totally cashless payments could increase the risk of fraud - in Sweden, a nation with one of the highest numbers of bank transactions per person in the European Union, cases of card fraud have doubled in the last decade.

However, Danske Bank has taken steps to fight fraud, by linking individuals' MobilePay accounts to their national insurance numbers.
The change would need to be approved in a vote at the Folketing, the Danish parliament, but the timing of the vote has not yet been set.
However, in a country where cashless payments are so common, it looks unlikely that the proposal will face much opposition.
The Nordic countries of Denmark, Sweden, Norway, Finland and Iceland lead the world in cashless payments - cash payments for even the smallest items, such as a packet of chewing gum, are commonplace.

In 2013, a Swedish bank robber left empty-handed, after he found out that the Stockholm bank he held up did not carry any cash.

Five of Sweden's six big banks now operate cashless branches where possible, and some predict the country could become cashless by 2030.