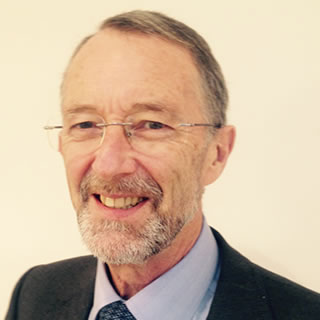 The Christian Legal Centre’s Chief Executive, Andrea Minichiello Williams, inset, has described the sacking of Christian magistrate Richard Page, above, as ‘modern day madness’.
Her intervention, according to Christian Concern, came after Page, 69, had been removed from office by the Lord Chancellor after sharing his personal conviction in a media interview that there is not enough evidence to show that placing children in the care of same-sex couples is in their best interest.
He insists that same-sex adoption is not “what God or nature intended.”
Said Williams:

The Lord Chancellor has removed Richard from the magistracy for allegedly being ‘prejudiced’ and for speaking out in the media about what has happened to him.
This unmasks the face of the new political orthodoxy; it is unkind. It tries to silence opposing views and if it fails it crushes and punishes the person who holds those views.
To remove someone like Richard from the bench is modern day madness. He has a lifetime of public service, expertise in mental health. He is motivated by his Christian faith and a deep compassion for people.
The media interview took place on 12 March 2015 with BBC news reporter Caroline Wyatt. In the interview the Kent magistrate said:

My responsibility as a magistrate, as I saw it, was to do what I considered best for the child, and my feeling was therefore that it would be better if it was a man and woman who were the adopted parents.
Page was first challenged by his seniors in late 2014 when, after hearing an adoption case, he could not agree with his fellow magistrates that placing a child into the care of a same-sex couple was ‘in the child’s best interest’.
He was subsequently reported for his actions, reprimanded, and

Forced to attend re-education training, which he duly did.
Page’s media comments were again brought to the attention of his seniors and an investigation was carried out by the Judicial Conduct Investigations Office’s disciplinary panel. They recommended to the Lord Chief Justice and the Lord Chancellor that he should be removed from office.
Page believes the political move by the government to place children with same-sex couples lacks any solid, reliable psychological or educational research concerning the effects on children.
Commenting on his sacking, Page, aged 69, who has worked in the field of mental health for 20 years, said:

As a magistrate, I have to act on the evidence before me and quite simply, I believe that there is not sufficient evidence to convince me that placing a child in the care of a same-sex couple can be as holistically beneficial to a child as placing them with a mum and dad as God and nature intended.
I am surprised that the Lord Chancellor should seemingly pander to the new political orthodoxy when what it amounts to is social experimentation on the lives of the most vulnerable children in our communities.
To punish me and to seek to silence me for expressing a dissenting view is deeply shocking. I shall challenge this decision as it is illiberal and intolerant. It is vital the family law courts always have in mind the best interests of the children.
I cannot believe that the establishment is trying to silence someone like me who has served it wholeheartedly all of my working life.
Page is being supported by the Christian Legal Centre and its Standing Counsel, human rights barrister Paul Diamond.