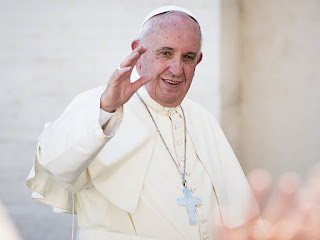 An Italian book that explores different types of families – including same-sex couples – has caused quite a stir after the mayor of Venice banned it from schools. Now, Pope Francis has upped the ante by writing a letter praising the author for her work, The Guardian reports.

In the book Piccolo Uovo, which means "Little Egg," Italian author Francesca Pardi writes about an egg that comes across a pair of gay penguins and lesbian rabbits raising a family, as well as a single-parent hippo, a mixed-race dog couple, and kangaroos who've adopted polar bear cubs.

Pardi's conservative critics say she's spreading a pro-homosexuality theory. The new mayor of Venice, Luidi Brugnaro, banned the book (and about 50 others) from schools in June. That decision caused 250 Italian authors to demand their own books be removed from city shelves as a "protest against an appalling gesture of censorship and ignorance," the paper reports. 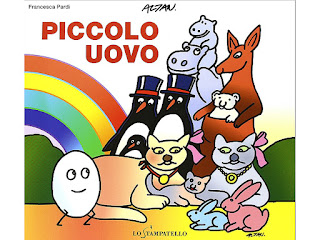 In a bid for recognition, Pardi sent a package to Pope Francis with seven or eight children's books addressing lesbian, gay, bisexual and transgender issues from her publisher, Lo Stampatello. She included a heartfelt note explaining her predicament.

"Many parishes across the country are in this period sullying our name and telling falsehoods about our work which deeply offends us," she writes. "We have respect for Catholics ... A lot of Catholics give back the same respect, why can't we have the whole hierarchy of the church behind us?"

Much to her surprise, the Pope wrote back.

"His holiness is grateful for the thoughtful gesture and for the feelings which it evoked, hoping for an always more fruitful activity in the service of young generations and the spread of genuine human and Christian values," writes Peter B. Wells, a senior official at the Vatican secretariat of state, in the letter dated July 9.

"It's not that I think that he's for gay families, because there's the Catholic doctrine, but we mustn't think that we don’t have rights," Pardi tells the paper.

Historically, the Vatican deems homosexual relationships "intrinsically disordered" and "contrary to natural law." It preaches that gay people must live a life of chastity in order to be considered good Catholics. Pope Francis, 78, has adopted a more welcoming approach during his papacy.

Francis has previously said while the Church has a right to its opinions, it cannot "interfere spiritually" in the lives of homosexuals. The remark built on another he made in 2013 about gay priests: "If someone is gay and he searches for the Lord and has good will, who am I to judge?"

While the Pope has a more inclusive approach than his predecessors, it's unlikely his thoughts on Pardi's work will create a significant shift in the Vatican's view of gay relationships.

The pontiff will make his first papal visit to the U.S. next month for the World Meeting of Families in Philadelphia – a gathering of Catholics from across the globe – but LGBT groups have not been invited to share their views. He's also set to host a mass for a million pilgrims, visit a prison, and meet with families of inmates; prisoners in the city have been working hard to hand-carve a special chair for him.