The world’s most powerful leaders must mount a concerted effort to prevent multinational companies such as Starbucks and Amazon legally avoid large corporation tax bills, David Cameron will urge in his role as president of the G8. 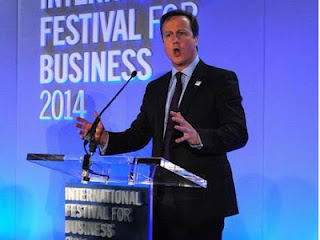 The Prime Minister vowed to make “damn sure” that multinational firms paid their fair share of tax on their UK operations.

He is to use Britain’s presidency of the G8 group of the most industrialised nations, which began this week, to discuss ways of stopping global companies moving their money through different jurisdictions to minimise tax payments.

HM Revenue & Customs has been accused of being “too lenient” towards big businesses that indulge in aggressive tax planning. The credibility of HMRC and the tax system rests on it becoming “more aggressive and assertive in confronting corporate tax avoidance”, the chair of the Public Accounts Committee, Margaret Hodge, said last month.

Mr Cameron says a crackdown can only be effective if countries around the world act collectively to tackle abuses. Britain, along with Germany and France, has asked the Organisation for Economic Cooperation and Development to investigate whether tax loopholes can be closed.

He signalled his determination to confront global corporations during an appearance in Lancashire before business leaders and entrepreneurs. Asked why “Starbucks and Amazon” were allowed to avoid paying large corporation tax bills despite their extensive British presence, he replied: “We have got to crack that, you’re absolutely right.

“This is a really important issue. I think we’re offering actually a fair deal to businesses. We’re saying, ‘Look, we’re going to have a really low rate of corporation tax’ but I want to make damn sure that those companies pay it.

“It’s simply not fair and not right what some of them are doing by saying, ‘I’ve got lots of sales here in the UK but I’m going to pay a sort of royalty fee to another company that I own in another country that has some special tax dispensation’.”

Mr Cameron said he wanted to start a debate in the UK about “really aggressive tax avoidance”.
He said: “We do need a debate in this country, not only what is against the law – that’s tax evasion, that is against the law, that’s illegal and if you do that the Inland Revenue will come down on you like a ton of bricks – but what is unacceptable in terms of really aggressive tax avoidance.

Mr Cameron added: “We’ve got a low top rate of income tax now; we’ve got a low rate of corporation tax now; we are a fair tax country. But I think it’s fair then to say to business, you know, we’re playing fair by you; you’ve got to play fair by us.

Mr Cameron said he had put the issue “right at the top of the agenda” for the G8 this year as well as tackling it nationally.

“It’s simply not fair and not right what some of them are doing by saying, I’ve got lots of sales here in the UK but I’m going to pay a sort of royalty fee to another company that I own in another country that has some special tax dispensation.”

The Commons Public Accounts Committee last month condemned the “unconvincing, and, in some cases, evasive” evidence it had received from representatives of Starbucks, Google and Amazon who were called in front of it to defend their tax affairs.

http://www.independent.co.uk/news/uk/politics/ill-make-damn-sure-big-companies-pay-their-tax-says-david-cameron-8439137.html
Posted by HRP at 08:55